In the 2021 Olympic Games, it would be unthinkable for any athlete to refuse to participate in his best event merely because it was held on a Sunday. However, nearly one hundred years ago, one athlete faced the same choice: break the Sabbath or have a chance at winning gold.

Olympian Eric Liddell is often cited for saying the phrase, “When I run, I feel God’s pleasure.” However, this quote was spoken by the actor playing Liddell in the movie Chariots of Fire; there is no evidence to suggest Liddell actually said this. No doubt it is nonetheless true that for Liddell, whose life was driven by a passion for honoring God and loving people, even running was a way to bring God glory and enjoy intimacy with him.

Liddell was born on January 16, 1902, in China to missionary parents originally from Scotland. He spent the most formative years of his life in China, amongst the native people and other missionary children. When he was six years old, Liddell was sent along with his brother to Eltham College, Blackheath, a boarding school in England for missionary children. During this time, his parents and sister remained in China, ministering to the people.

In 1920, Liddell entered Edinburgh University, where his brother also was at the time. Though he would later graduate with a Bachelor of Science degree, he spent much of his time at university playing rugby and running. He would go on to play international rugby for Scotland and win many records for 100- and 220-yard races. As time went on, he had to choose to devote his time to one of these endeavors. He chose running.

Liddell had received many honors and won many competitions throughout his athletic career, so it was no surprise when he began to train for the 1924 Paris Olympics. He planned on entering the 100-meter race, but when he realized it would be held on a Sunday, he refused to participate. For Liddell, keeping the Sabbath meant not working on Sunday, which included playing sports. Certainly, others did not understand his conviction to honor the Lord, yet his first allegiance was not to his country but to his God.

Liddell was able to switch instead to the 200- and 400-meter competitions, as they weren’t held on Sundays. Even though his specialty was the 100-meter, he took these opportunities to participate in the Olympics and ended up winning a gold medal in the 400-meter and a bronze in the 200-meter.

According to Liddell, his plan for any race was as follows: for the first half, he would run as fast as he could. For the second half, with God’s help he would run faster. In many ways this strategy mirrored his ministry—he served with all that he had, all the while relying on God’s help to start, develop, and complete every good work.

Liddell always felt drawn back to China, the place where he spent some of the formative days of his youth. He often said that the Lord had made him for China. In 1925, he gave up his athletic career in England to return to the country, where he joined his parents and brother and served as a missionary. He would work there until the end of his life.

In 1932, Liddell took a furlough to study at Congregational College in Glasgow, Scotland, where he was later ordained. Though now living in the land of his birth and origin, his mind was still set to return to China, which he did following ordination. He married Florence Mackenzie, also a child of missionaries, in 1934. Together they ministered to people in China and would go on to have three daughters.

As a missionary, Liddell led Bible studies, taught chemistry, and coached sports and athletics. His students were primarily wealthy Chinese men who, due to their wealth, would most likely go on to be influential in their country. Thus, Liddell—who was very relationally minded and took the time to converse with people instead of merely preaching at them—valued this opportunity to teach and bear witness to Christ through his relationships. He humbly prayed the Lord would produce fruit in the lives of the people he interacted with through his love and testimony to them.

In 1931, Japan had invaded Manchuria, China, but in 1937, full-out war began. The Communists and Nationalists in China were already at war with each other, and Japan joined the fray. North China was growing to be a dangerous region, yet the Liddells continued to minister there.

Liddell was placed at Xiaochang mission, where his brother was stationed as a doctor. The mission served scattered rural communities that would have presented challenges even in peacetime. Due to poor health caused by poverty and the lack of medical care, the locals from these poor communities were constantly coming to the mission and thus often overwhelming the mission’s capacity to care for them.

As World War II intensified in 1941, Chinese and Japanese relations became so dangerous that many non-natives began to flee China. For the sake of their safety, a pregnant Florence along with her two small children left for Canada, Florence’s native home. Despite his desire to be with his family, Liddell stayed on in China, feeling burdened to help the people especially as the number of missionaries there was diminishing. He didn’t know he would never see his family again, nor meet his youngest child.

When Britain and Japan went to war in December 1941, Liddell became an enemy alien subject to harsh treatment, which greatly restricted his missionary work. Finally, in 1943, he was sent to a Japanese-run internment camp, where civilians of Allied countries who lived in North China were sent during the war.

Even in the camp, Liddell continued his ministry, caring for and counseling his fellow prisoners, teaching Bible classes, and constantly finding other ways to preach and live out the gospel. His care for others continued even while imprisoned.

In early 1945, Liddell developed a quickly-growing brain tumor and died within a few weeks.

The Weixian Internment Camp, the place of Liddell’s death, is the site of a museum, which hosts a statue of Eric Liddell posed in running. His athletic career was important to him, and he is widely known for his Olympic participation and medals. But his greatest work was done in China, among the wealthy and the poor, where—even amidst the trials, hostility, and poverty—he continuously ministered, served, and lived life for the glory of God and the love of his neighbors. For Liddell, this was the most important race.

He fought the good fight; he finished the race; he kept the faith (2 Timothy 4:7).

Photo caption: Towards the end of a race, Liddell was known to tilt his head back with his mouth wide open, an unusual running position that has been reenacted in statues and images of him around the world. 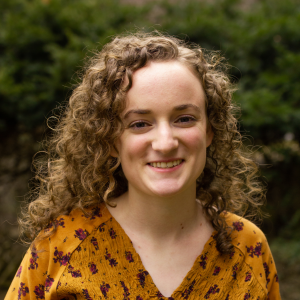