Torchlighters Shine On: What Mary Slessor Left in Nigeria

Mary Slessor stood out like a sore thumb during the 38 years she lived in Nigeria. With blue eyes, red hair and a Scottish accent, her presence was shocking to her fellow missionaries and the people she served in Akpap Okoyong, Nigeria. More than just her appearance, however, was the shock of Mary’s heart for Okoyong culture, language and politics. This interest in the people, not just souls, was ahead of her time and has since marked her story as one that is different and worth remembering.

Victorian missionaries are often condemned for their narrow vision of ministry that only sought to convert people from “heathens” to Christians. Perhaps it was Mary’s troubled childhood that gave her a greater capacity to empathize, for when Mary arrived at the African jungle she released herself from the expectations of her fellow missionaries and focused her energy on the outcast, abused and sick. Saving infants and women from ceremonial sacrifices or exile, Mary advocated for freedom and peace within the structures of the Okoyong and Efik people groups, tribes thought too dangerous to reach.  In order to make friends with the lowly and gain respect from those in power, she lived in traditional huts, ate their food, wore their clothes and learned their language. Moreover, Mary’s mission was to make the lives of people better, and she did this by integrating herself with their daily customs for better service and deeper love.

Now, 106 years later, she is still remembered in Nigeria for both her religious and political efforts to bring peaceful reforms, curb violent traditions, educate women, care for the sick and respect the indigenous cultures. In her honor, a foundation was formed in 2002 by Dr. Lawrie Mitchell and his wife Mrs. Eme Mitchell, the great-great-granddaughter of Ma Eme, an Okoyong woman befriended by Mary Slessor. Ma Eme is featured prominently in the Torchlighters film on Mary.

Although the Mary Slessor Foundation closed its doors, its existence lives on in the education and stability of local peoples. Local shops, such as a tailoring shop owned by Eno Idopise Atakpa, have contributed to the training of a new generation of tradesmen who reflect Mary’s hope for education and peace. The Mary Slessor Academy in Calabar Nigeria is yet another testament to Mary’s legacy. Striving for discipline, academic excellence and the fear of God, the academy serves children ages 10-17 with Romans 8:1 as their motto: “Therefore, there shall be no condemnation for those who are in Christ.”

A descendant of one of Mary’s adopted children from Nigeria wrote, “She went ahead and stopped wars, she judged between warring factions, she saved twins labeled as evil.” Mary left a peaceful legacy that inspires others to stand up for the oppressed and give help to those who most need it. The light she shed over 100 years ago shines on, in Calabar, Nigeria.”

And you can help extend Mary Slessor’s legacy even further by sharing her story with the next generation!  The Torchlighters Mary Slessor Story is now available to stream for free on RedeemTV. 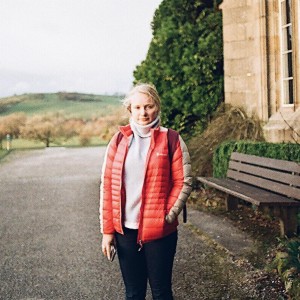 Grace Pointner recently completed her Bachelor of Arts degree in Communications Media with a minor in Anthropology from Wheaton College, including an internship with Christian History Institute, the producers of the Torchlighters.  She is pursuing a career in freelance writing and marketing.
PrevPreviousThe Passion of the Holy Martyrs Perpetua and Felicitas
NextEric Liddell: 1902-1945Next