Torchlighters Shine On: Amy Carmichael and the Dohnavur Fellowship

Just two years after her arrival in India, missionary Amy Carmichael began wearing a Sari, the traditional Indian dress. From there she began relating to women who were outcast, giving them new hope in Jesus and a new name: The Starry Cluster.

In 1901, six years after her arrival, Amy met Preena, a seven-year-old Hindu temple girlwho was trying to escape her life of forced prostitution. Preena’s description of her abuse shocked Amy and moved her to action. And so Dohnavur Fellowship was born. Within five years of rescuing Preena, Amy and her friends were caring for fifteen babies and the Dohnavur family totaled 70 people. Amy was Amma (mother) to all. Now, 118 years after Dohnavur’s founding, Amy’s great-grandchildren have grown up and continue serving Jesus and the children of India. As the Dohnavur family grew, it became a full-fledged village with all the accompanying infrastructure and work: schools, gardens, a dairy farm, rice lands, kitchens, laundries, workshops, and even a hospital..

Today Dohnavur Fellowship continues Amy’s original vision to provide a home and family for children at risk. And their work has expanded. The lasting fruits of Amy’s work now include projects that benefit the surrounding community including a school, agricultural work, and the hospital where they share the Gospel with thousands who come from surrounding villages. You can read about their current projects here and see pictures of their community from both Amy’s days and our own day here.

Amy and the Starry Cluster held Daniel 12:3 close to their hearts: “Those who are wise will shine like the brightness of the heavens, and those who lead many to righteousness, like the stars for ever and ever.” The fruit of their work shines on to this day.

This post is part of an ongoing series sharing the lasting impact of Torchlighters heroes.  You can introduce children to Amy Carmichael through the Torchlighters episode portraying her life story and our free downloadable curriculum. 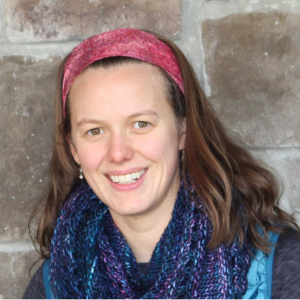 Michelle Curtis was the child who first inspired the Torchlighters and is now an editorial assistant at CHI. She first came to know heroes of the faith through reading biographies and has assisted with various stages of bringing their stories to animation through Torchlighters for the next generation.
PrevPrevious10 Ways The Torchlighters can Help build Faith-full Families
NextTorchlighters Shine on: Martin Luther and the ReformationNext