The Richard Wurmbrand Story: not just for kids!

Compelling. Captivating. As a ten-year-old Torchlighter fan, I was riveted watching Olympian Eric Liddell race along a dirt path towards the missionary compound with yet another critically injured Chinese civilian on a makeshift cart, while blasts from the Japanese dive-bombers strike all around him.

Fast-forward to 2020: I am now a college intern reviewing the Torchlighters website. As I scroll through the list of familiar heroes, I come upon a name I don’t recognize at all: Richard Wurmbrand. Although I feel slightly sheepish at my sudden urge to watch a half-hour animated video for kids, I just have to know who this person is. I click on the link.

I am immediately drawn in, once again compelled and captivated. By about halfway through, I’m oblivious to the medium and moved to tears. Somehow, this carefully edited “children’s cartoon” is able to convey great depth of emotion and the gravity of religious persecution. I leave personally inspired by the courage of this obscure family who suffered so much for the cause of the Gospel.

Then, while viewing their continuing story at the end of the Torchlighters video, I am surprised to discover that the Wurmbrands, after more underground work and re-imprisonment in Romania, escaped to the US and began an international ministry to assist other persecuted Christians. It suddenly strikes me that my earliest learnings about the plight of the persecuted church, including personal stories and prayer maps, were produced by their ministry!

Fascinated, I start looking through the related TL materials. The Wurmbrand student guide has a series of thought-provoking discussion questions and activities connected to the film, like a Morse Code Challenge (used to communicate the Gospel in solitary confinement).

In the leader guide, a timeline traces the amazing circumstances of how a young Jewish couple (the Wurmbrands) on health retreat in a remote mountain village come to Christ through the witness of an elderly carpenter who can no longer travel. Now fully devoted to Christ, Richard becomes a pastor and, after surviving the Nazi occupation of his country, finds himself under a new and equally ruthless totalitarian regime as the Communists seize power in Romania.

This is where the Torchlighter movie opens, showing the 1945 “Congress of Cults” where Sabina bravely encourages Richard to “wipe the shame from the face of Christ.” Instead of backing down as ordered by the Communists, by 1947 Richard expands his illegal evangelizing even more daringly, organizing Christian smuggling rings to sneak Russian-language Gospels into the USSR. Though the secret police repeatedly plot his imprisonment and death, the continued boldness of his witness later earns him the title of “The Iron Curtain St. Paul.” (To read more, click {here!})

I had one more burning question to pursue. I could not understand why imprisonment and then solitary confinement were not “satisfying” enough. In the movie, the Communist inquisitor seems to have a deep need for Pastor Wurmbrand to actually renounce his faith. Why would the Marxists care what others believed, as long as they could silence them?

Being a history major, my first instinct was to search for primary sources to explain this phenomenon. I found that Pastor Wurmbrand had actually published several tracts and booklets giving his thoughts on Marxism. He very humbly deemed his massive research across multiple languages merely “exploratory,” but in my opinion his theology degree and long suffering at the hands of Marxist captors more than qualifies him to speak on this subject.

Pastor Wurmbrand illuminates the crux of the matter by showing that Marx was not an atheist who disbelieved in God, but an anti-theist who believed in God and hated Him. In one moment of candor, Marx wrote: “I wish to avenge myself against the One who rules above.”

After reading many obscure documents by Marx and his revolutionary comrades, Richard Wurmbrand convincingly argues that their real goal was not equality or justice, but the destruction of others’ faith to spite God. Radical socialist politics were simply their chosen weapon of mass destruction; anti-God nihilism was the point.

This was Wurmbrand’s pastorly conclusion of the matter:

“In the fight between Christianity and Communism, believers ‘wrestle not against flesh and blood, but against principalities, against powers, against the rulers of the darkness of this world, against spiritual wickedness in high places.’ (Ephesians 6:12) We have to choose not only between abstract good and abstract evil, but between God and Satan.”

Remarkably, the ministry that Richard and Sabina Wurmbrand began back in 1967, “Jesus to the Communist World,” now known in the US as The Voice of the Martyrs, has expanded to include 16 affiliate organizations worldwide. Each group is locally funded and self-governed, but all continue the Wurmbrands’ mission of encouraging the Church to pray for and assist persecuted Christians everywhere.

The Richard Wurmbrand Story DVD is available for purchase here or to watch free of charge on RedeemTV here. 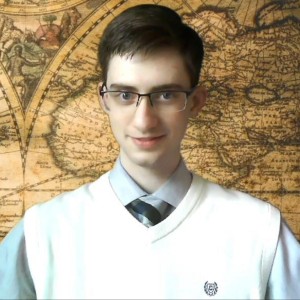 Nathan Hillanbrand is pursuing a history major and journalism minor at Patrick Henry College in Purcellville, Virginia. As part of his studies, he has just completed a 120-hour internship with Christian History Magazine and was invited to do this TL guest blog after expressing his great enthusiasm for the Torchlighter videos.
PrevPreviousTorchlighters’ Sacrifical Wartime Service
NextA Difficult Childhood Prepared Mary Slessor for Difficult Mission WorkNext