This past Sunday our church prayer team was invited into the Senior High Sunday school to share insights on prayer, and we all had plenty to say: Pray as a habit; pray through all things; pray expectantly; and so on. Having been a Christian for 30 years, I’ve read many books, listened to countless sermons, and attended various prayer sessions. But I admit it’s still a struggle to develop the habit of deep, meaningful, life-changing prayer – the kind of prayer that leads to action.  I guess the mind is willing but the spirit is oh-so-weak.

Harriet Tubman’s incredible example of prayer inspires me to move from just thinking about prayer to actually praying. Born as a slave around 1822, Harriet endured physical and emotional torture beyond my imagination.  Think about Uncle Tom’s Cabin, if you’ve read it. Then note that Tubman said Harriet Beecher Stowe’s account fell far short of the reality of abuse perpetuated against those enslaved in the American South.  Furthermore, Harriet could neither read nor write and did not have access to dynamic teachers or preachers. Yet in the midst of these challenges, she developed a lasting faith marked by a deeply intimate and enviable prayer life.

No one knows exactly how Harriet began to call upon God or who taught her to do so.  Her parents were faithful church-goers in their later years, so we can suppose they set an example of prayer and taught her what they could. What we do know is that Harriet prayed as a regular habit, expected God to answer, and trusted his answer no matter what.  It’s that habit of expectant, trusting prayer that we’d do well to emulate!

Harriet’s prayer life resulted in such a close connection to God that she ultimately was able to follow his leading to freedom. Harriet sensed God telling her to escape under the cover of darkness. When her brothers got scared and returned to the plantation, Harriet pressed on alone with the help of faithful Quakers who guided her on the Underground Railroad. After about a 90-mile journey, Harriet crossed the Mason-Dixon line, tasting freedom for the first time.

The Moses of her People

But God had more work for Harriet to do! When He told her to return to the South and rescue more slaves, Harriet did not hesitate. Time and time again she followed his lead back into danger, and each time God protected her in her mission. Harriet earned her nickname, “Moses,” by taking around 19 trips South over a period of ten years, rescuing an estimated 300 slaves, including her parents.  Harriet clung to faith as her guide, even as bounty hunters sought to trap her.

Modern parents, grandparents, and Christian educators can learn from Harriet Tubman’s persistent, fruitful prayer life. While books, sermons, and prayer groups can be a great help, they can never replace spending time in deep, fervent prayer. As you model life-changing prayer for the next generation, consider sharing the story of the little girl who prayed fervently, followed God’s calling, and ultimately became the “Moses of her people.” The Torchlighters Harriet Tubman Story is a 30-minute animated film that comes with a complete curriculum to help you build faith in young hearts. 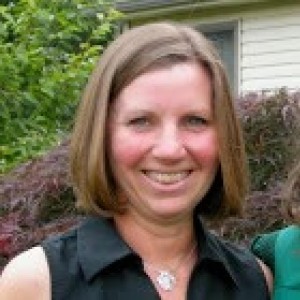 Dawn Moore is the Director of Editorial for Christian History Institute, the executive producers of the Torchlighters. She has been on the Torchlighters production team since the first episode on Jim Elliot and has worked on every script, animation, documentary, and study guide in the series! Read an interview on the Christian Post with Dawn here.
PrevPreviousA new look for our Torchlighters website
Next10 Ways to use The Torchlighters in your ChurchNext