Johann George Ferdinand Müller had a tumultuous adolescence. Born in Kroppenstaedt, Prussia (modern day Germany) on September 27, 1805 to Johann and Sophie Müller, the family moved to Heimersleben when George was 4. There his father worked as a tax collector, and there George began stealing collected government money from his father before he even turned ten. The rest of his teenaged years were marked by the same thievery, as well as drunkenness, gambling, and lying. Even so, Johann Müller put George in the cathedral classical school in Halberstadt to become a clergyman. George’s father hardly cared whether George served God or not, but rather hoped that George would have the means to take care of him in his old age. It seems this disregard for faith rubbed off on his son.

George spent the better part of these school years partying. In an instance he would later recall with shame, 14-year-old George played cards and drank all night while his mother was dying. Upon returning the next morning from his confirmation classes, he found Johann waiting to take him to her funeral. Following George’s confirmation, his party lifestyle continued. Frivolous spending and lavish habits eventually landed George in the debtor’s prison, and soon it became clear he needed to change his ways. George tried, swinging miserably between making and breaking self-improvement resolutions. True freedom, he would discover, could only come with the Gospel of Jesus Christ.

Praying with the Pietists

In the spring of 1825, George began attending the renowned University of Halle. Though George aspired to Halle for purely selfish reasons, he found in its Pietist theology and practice people with true faith. One of these was Beta, an old schoolmate from the classical school in Halberstadt. Meeting by chance one day in a tavern, Beta invited George to a prayer meeting at a friend’s home. It would be the place where George finally repented. After hearing the word of God and a printed sermon read, and while praying with the humble and less learned men who accepted his presence despite his sin, George felt the call to faith upon him:

When we walked home, I said to Beta, ‘All we have seen on our journey to Switzerland, and all our former pleasures, are as nothing in comparison with this evening.’ Whether I fell on my knees when I returned home, I do not remember, but this I know, that I lay peaceful and happy in my bed. This shows that the Lord may begin his work in different ways. For I have not the least doubt, that on that evening, He began a work of grace in me, though I obtained joy without any deep sorrow of heart, and with scarcely any knowledge. That evening was the turning point in my life.

George gave up his hindering friendships and turned from the habitual sins that plagued him his entire life. Early in 1826, after prayer and serious consideration, George felt called to become a missionary. The decision, however, damaged his relationship with his father, who now gave up hope that George would earn a good living and support him in his old age. Johann disowned George (though their relationship recovered), and the younger Müller paid for his own education at Halle for the remaining years.

Brothers in the Faith

After being accepted into the London Society for Promoting Christianity among the Jews (LSPCJ), George moved to London in March 1829. George studied and worked hard, but being prone to illness, he came close to death at only 23 years old. Though he recovered, a friend suggested he convalesce in the seaside town of Devon where the ocean air would supposedly do him good. George agreed, and there met Scotsman Henry Craik. The men quickly developed a close friendship—one that would be instrumental in the direction of the rest of George’s life. Like George, Henry found true faith during his own time at university and was discipled by dentist-turned-missionary Anthony Norris Groves. All three men would eventually rise to prominence in the Plymouth Brethren movement, a group known for living by faith; they often met with other like-minded brothers of the faith who, though coming from various Christian traditions, were drawn together by their mutual commitment to evangelicalism.

Feeling convicted of the need to expand his preaching beyond the Jewish communities, George eventually left LSPCJ. Later in 1829, he received a call to pastor the congregation of Ebenezer Chapel in Devon, and that October he married Mary Groves, the sister of friend and mentor Anthony Norris Groves.

Seeking to faithfully serve at Ebenezer and not be a burden to the congregation, both George and Mary decided to forgo George’s allotted salary. From that time on, George never directly asked for money from anyone, including fellow believers. Those who felt led to support the couple could give freewill offerings to the church. George was even known to occasionally refuse gifts of funds, saying he had enough. As a testament to God’s faithfulness, the Müllers received all that they needed during his time there.

His practice of never asking for funds continued, even as his ministry expanded to preaching at Gideon Chapel in Bristol with Henry. In 1834, the two men founded The Scriptural Knowledge Institution for Home and Abroad (SKI) on the same principles. SKI wildly succeeded in its efforts to distribute Bibles, aid missionary work, and teach Scripture to adults and children alike. The work continues even today.

The Müllers’ move to Bristol also brought new ministry considerations for them and another opportunity to put into practice their living by faithful prayer. A cholera epidemic and the influences of prayer-driven men like Herman Ball, A.H. Francke, and again, Norris Groves inspired Müller to begin praying about his part in the growing need for care of the “street children” in Bristol.

George himself had at one time benefitted from the generously free lodgings of Christians who cared for the poor, the homeless, and the orphaned, and as he watched the boom of the workhouses’ growing child-labor profit industry, he felt compelled to act. A reading of Psalm 81:10 on December 5, 1835 confirmed this feeling with the assurance of “Open your mouth wide, and I will fill it.” George prayed specifically for £1000, the home he would need, and help to care for the orphans. Five months later these prayers were answered; George had his first orphan home at 6 Wilson Street, Bristol.

Tears of Joy and 2000 Children

The orphan house became three homes in the next five years, but the growing endeavor was not without its challenges and desperate needs. Often the Müllers faced crisis—no money, no food, no heat, or not enough clothes. In every instance, they put faith into practice, depending wholly on God to provide their every need. And God always did, as George writes in 1853:

I had no human prospect whatever of getting even 100 pence—much less £100 [about $10,300 today]. In addition to this, today was Monday and generally the income is little. But in walking to the Orphan House this morning, and praying as I went, I particularly told the Lord in prayer. … And thus it was, I received this morning £301 for the Lord’s service. … I walked up and down in my room for a long time, tears of joy and gratitude to the Lord raining plentifully over my cheeks, praising and magnifying the Lord for his goodness, and surrendering myself afresh, with all my heart, to him for his blessed service.

God continued to provide miraculously for George’s seemingly impossible prayer requests. When it became clear that a bigger residence would be needed to sustain the orphan homes’ ever growing population, George prayed for £10,000 (equivalent to around $1.2 million today) to build a permanent orphanage. He found land at Ashley Down in 1846, which the owner offered to him at far less than market value. An architect also drew up the plans free of charge. By 1870, the Ashley Down land had 5 completely built Orphan Houses filled with over 2000 children.

A Christian Hero with a Lasting Legacy

That same year, Mary died, and George passed the work on to his assistant, James Wright (who would marry Lydia, George’s only surviving child, in 1871). At 66 years old, George remarried, and at 70, began a preaching circuit that would span 200,000 miles, 42 countries, and reach over 3 million people. George would also recount 50,000 distinct prayers that God had answered throughout his life.

George Müller worked tirelessly for the Lord until he was 93 years old, when he died the morning of March 10th, 1898. The entire city of Bristol paused for his funeral; businesses closed and thousands paid their respects. The Bristol Times marked his legacy stating, “he was raised up for the purpose of showing that the age of miracles is not past.”

George’s work continues today through SKI as well as Müllers—an organization that still advocates for Bristol’s most vulnerable and operates on the faithful prayer principles George lived by. You can find out more about both at Müllers.org. You can also learn more about George and Mary Müller and the Plymouth Brethren movement in Christian History magazine issue #128 Living on a Prayer.

The Torchlighters George Müller Story follows the struggle of two orphan boys, even as it captures the adventure of living on faithful prayer. Share this faith hero with kids and stream on RedeemTV right now! The associated curriculum is based on the theme “God Provides” and explores Biblical stories of God’s provision. 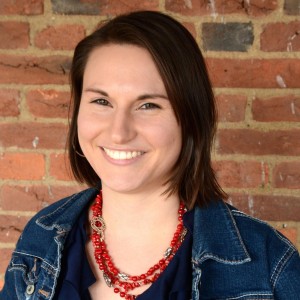 Kaylena Radcliff is the author of Torchlighters Heroes of the Faith Biography: Corrie ten Boom and the Editorial Coordinator for Christian History magazine, where she has also written about Corrie ten Boom. Kaylena is part of the Torchlighters production team and writes the Torchlighters study guides. She also writes speculative fiction and fantasy, with her first novel, The Elmnas Chronicles: Mouse, debuting in May 2019. You can follow her on Facebook and find her on Instagram as @kaylenaradcliff
PrevPreviousTorchlighters Study Guides – a lesson in faith!
NextAdoniram and Ann Judson, Heroic Champions of the GospelNext